So, over the last, I would say, week or so, I mean, the word that got out there that shook the whole medical student residency world is what happened to USMLE Step 1? It is now gonna be pass or fail.

So, people have been asking what does it mean for me? And there are so many "mes" out there. Are we talking about the foreign medical graduate? Are we talking about the U.S. grad? The D.O. student? There are so many different answers. So what I did was compile what I call my pros and cons list. So, I've been dying to put this out there. So, let's talk about some of the pros, then we'll talk about some of the cons. So when we talk about why this happened to begin with, well, I think the answer is, doing some research, it's all about better student wellness.

What I mean by that is that when we talk about Step 1, needless to say is that it is one of the most stressful tests out there. And it was stressful for even me. And I can imagine when I teach many of my courses, looking at my students, I mean, it is hard. And, you know what? There is a big burnout rate. There's a big thing about depression. And even, you know, I hate to say it, but it needs to be said. There's even suicides when we talk about medical school and residency and being a doctor. So, you know, when we talk about the main reason why Step 1 went to pass or fail, it was actually putting students, doctors, residents first to say, "Let's take that stress off of them." And I'm all about wellness and I want people to feel good. So they felt that, by making it pass or fail, you're taking away this stress that happens, I mean, let's be honest, early in your medical career. And if that's the case, if this is why it was done, then kudos to them and I'm always a pro when it comes to mental health. But, you know, I think that when we thought that taking the stress away from Step 1 would be the answer, it's unfortunate that the stress will now just be carried over to where? To Step 2. 'Cause, when we talk about Step 2, that, many people, when they first took Step 1 and maybe they didn't do as well, they would always get that encouragement that, you know what, one way you can make up for it is now do better on the Step 2 exam. Which makes perfect sense and that's what I would tell my students that, hey, you know what? Make up for it in Step 2, even in Step 3. But now, if it's pass or fail, the only thing that many people, many residency and program directors are gonna look at is that Step 2. And there is no other comeback. There's no second chance once you actually don't do well on that Step 2. So it just has a carryover effect when we talk about that anxiety.

Another thing that would be kind of a pro beyond better student wellness is gonna be it forces residency program directors to account for non-numerical factors, you know? And I believe the big thing is that it's tryin to, you know, hit the students or the people who are poor test takers. And who's a poor test taker? I'm sure many of us are and, you know, it will actually, by getting a poor score in Step 1, that person was probably gonna be a stellar candidate, but they just have poor test taking skills. They simply struggle with standardized testing. So I think that it really is a pro for those individuals who are not good test takers to say that, hey, they still have the chops to be a great, amazing doctor. Number three when I think about pros, is that, well I mentioned it already, but now if the Step 1 is just gonna be pass or fail, many residency program directors are gonna look at what? Step 2. And what do I feel about that is that, well, Step 1 is all about the basic science. And when we talk about being a great doctor, being a doctor of the patients, you know, I think that Step 1 doesn't really translate into how we treat patients clinically. So I think that a better, you know, more reliable indicator of that is Step 2 because, as you all know, it is a clinical test. So I think that's gonna be on the pros itself. And, in general, the fourth thing that I feel is this is really a big win for what? Clinical education in medical schools. You know, I don't think it's wrong when I hear my amazing med students say, "Is this clinically relevant? "How is this gonna change patient care?" And those students are just way, they're already in the doctor's office. They're thinking ahead of themselves. So I think this is a big win when we talk about clinical education in the medical school. But of course, are there cons? Yes. You know, I don't like to make this video two hours, so I'm gonna try to limit what I have to say. But, you know, I think that once again, all that stress associated with Step 1, you know, better student wellness in making it pass/fail, will just transfer over to Step 2. And I really do feel that if you did poorly on Step 1, you're gonna not now have that second chance to do better on Step 2, so I wanted to say that again. And I think one of the big cons is that, you know, the Step 1 exam will no longer be a way for what I call, lack of a better term, these lower-tier candidates for distinguishing themselves, you know?

Is that this was the test to say that, hey, maybe I didn't get to go to the Harvard, the Stanford, just to give a random, you know, some of these Ivy League schools. But, you know what? I did amazing on my Step 1 and now this will give me a chance to even the playing field. Well, that's taken away now. Number three it's gonna be, well, with the numerical score of Step 1 being nullified, there's gonna be a huge shift on other parameters, other factors, to decide who's gonna be that amazing resident. And where are these gonna be? Well, the jury is still out, but in my opinion, I mean, this is gonna be letters of recommendation. And once again, this is not gonna help out people in the "lower-tier" medical schools because they're not gonna have the big-name faculty people to write letters of recommendations to, you know? It's gonna be tough, especially if you're gonna be a foreign medical graduate, you know. So I think that's gonna be a big shift towards that And then what about clerkship grades? I think that you're gonna have to look at your grades on clerkship. And, let's be honest, you know what I mean, there is a lot of subjectiveness, not objective, subjective, when we talk about letters of recommendation and clerkship grades. So it's not perfect.

So there is gonna be that shift, whether it's good or bad. I put it on my cons list for right now. And I really feel that when we talk about... another big con is fewer objective criteria kind of adding on to what I just said. It's no longer about the score. It's about things that have many factors going into it. And it's really gonna put a big stress on the residency selection committee to find out what are we going to use? And I kinda thought this one quite a bit and with the Step 1 becoming pass or fail, that test might become actually harder because now, if you're gonna pass it, they may set the bar pretty high. Everyone is just saying, "Oh, it's pass or fail now. "Let's think about Step 2." It might be three times harder to pass Step 1 than you thought it would be because it's now a pass or fail exam. So, once again, the jury's gonna be out. And the last thing I just really wanted to mention is the fact that this is gonna be a big loss for one thing: the basic science in medical schools. And this is where it really hits home for me. For those who don't know, I teach physiology, four board review courses and it's one of my favorite things to do. And one of my favorite things to do is always to integrate. I mean, not that we're gonna stop doing these things, but I think with this shift, there's gonna be more clinical education and, unfortunately, basic science is gonna take a hit. You know, I could go on and on, but truly, the bottom line point over here is that this is a big game-changer. And this is one of the biggest shifts in medical education. And I feel residency programs will put a big emphasis on Step 2 CK, letters of recommendation, research, as these what I call filtering mechanisms. And this is gonna trigger this cascade of changes in other areas of medical education, in residency, and even the fellowship application process. And the answer is, I don't know what's gonna happen. But only time will tell if this is gonna be a positive or a negative effect when we talk about patient care and medical education. I hope you find this interesting, me just givin' you my opinion. It's still a hot topic.

There are still many question marks. And if you want more input or some resources to help out how I think where the paradigm is shifting, going to clinical education, go to my website. It's beyondthepearls.net. And I hope this is helpful. And good luck to everyone with these changes.

WHAT USMLE STUDY TYPE ARE YOU?

Since I've been teaching med students how to pass their board exams, I've developed my own study 'type' based on all of the students I've worked with through the years. Take the quiz! 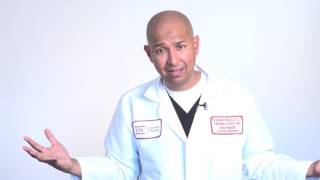 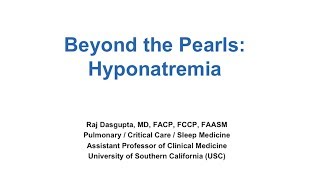 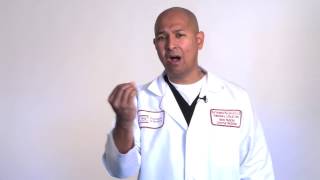 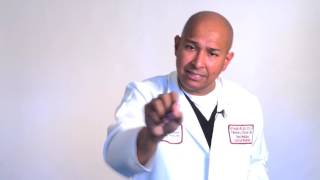